Singapore might be one of the smallest countries in the world, but don’t let that fool you! This cosmopolitan city is loaded with contemporary architecture and colonial charm. And with less than 300 square miles to explore, choosing where to stay in Singapore isn’t tough. Just choose a place near any of the city’s most popular attractions!

Singapore is one of only three city-states in the world. The only other destinations on the planet that are both cities and countries are Monaco and Vatican City. 1. Stay in the heart of Singapore’s most popular shopping district at ORCHARD ROAD

If shopping in Singapore is number one on your holiday to-do list then staying near Orchard Road is a no-brainer. This stretch of road not only takes you to designer shops like Louis Vuitton and Gucci, but it also leads to local boutiques, trendy bars and hip cafés. Along the strip, which is located between Orchard Station and Dhoby Ghaut Station, you’ll find Paragon shopping mall, ION Orchard and Takashimaya Department Store. You’ll also be in close proximity to some of Singapore’s most historic landmarks.

The Istana: see the official residence and office of the president of Singapore. The building also serves as the working office for the prime minister.

Check In to Mandarin Orchard Singapore, Step Out to Orchard Road 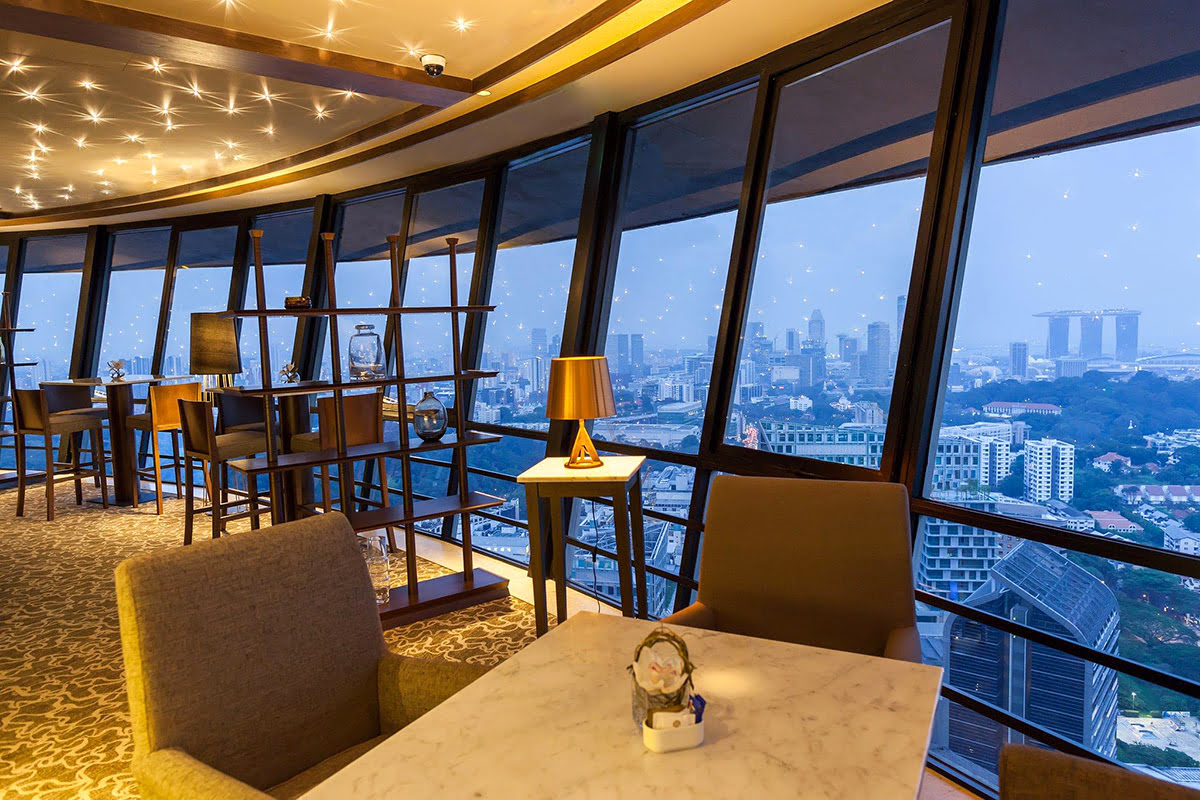 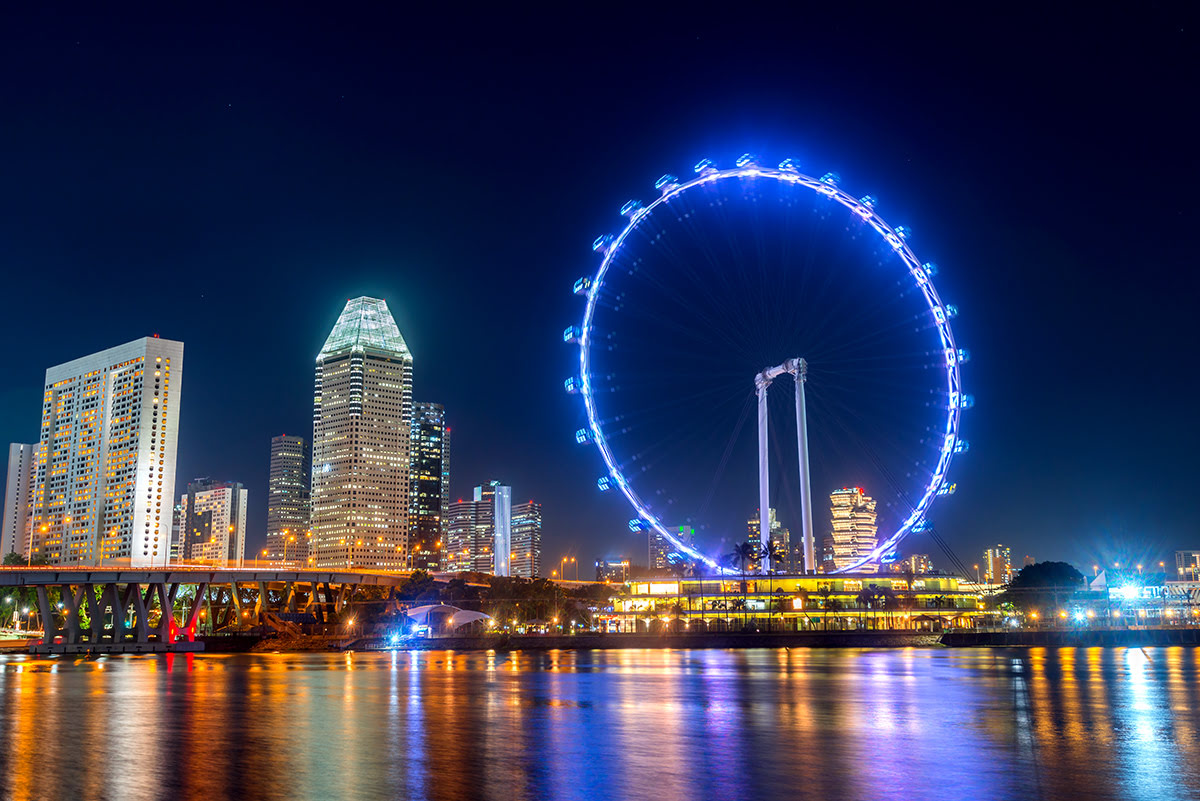 2. Soak up waterfront views, and tour some of Singapore’s best attractions at MARINA BAY

Marina Bay is as scenic as it is adventuresome. Find a hotel close to the waterfront, and you’ll be within walking distance to attractions like Gardens by the Bay, the Singapore Flyer and Chinatown Food Street. Plus, you’ll be near all the quays! Pick up the vibe of Singapore’s nightlife in Clarke Quay. Chill out in a bistro by the Singapore River in Boat Quay, and unwind at sunset with wine on the wharf in Robertson Quay. 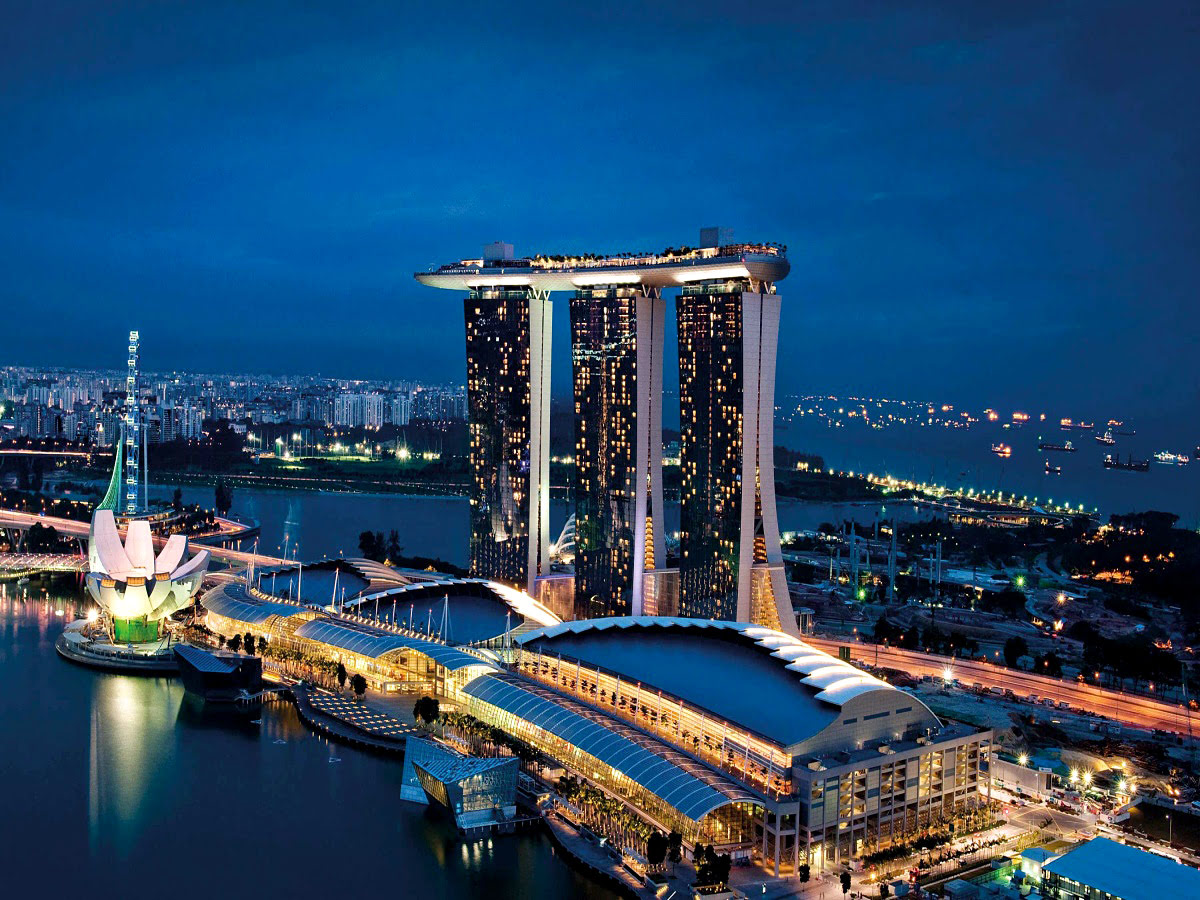 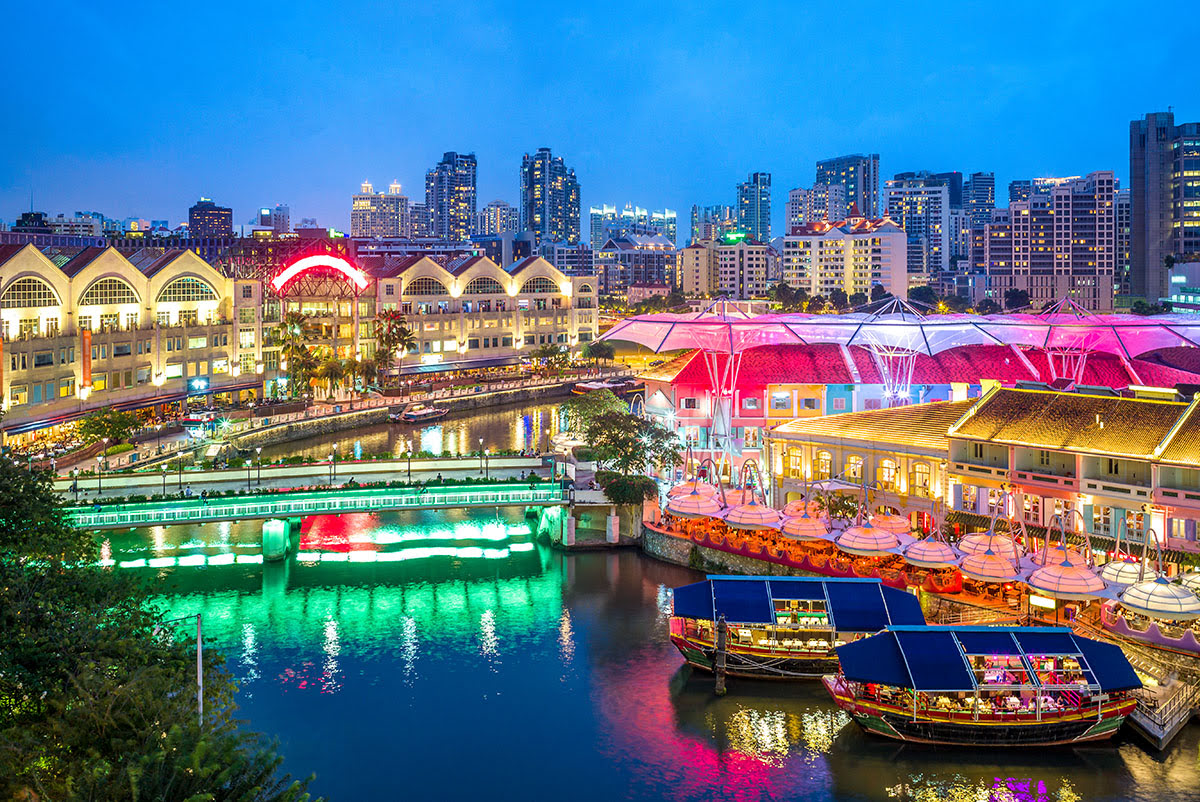 3. Dine in an almost-extinct vessel before hitting the nightclubs in CLARKE QUAY

A slammin’ party hub by night and riverside refuge by day, Clarke Quay is one of the city’s most impressive hangouts. Buy tickets for a cruise down the Singapore River at TongKang | Colonial Bar & Restaurant, which offers sightseeing and dinner cruises on the last two tongkangs (traditional wooden cargo boat) remaining in Singapore.

Zouk: this gigantic warehouse of interconnected buildings is for serious clubbers who appreciate everything from live hip-hop to local spin artists.

VLV Singapore: sip wine and cocktails in a sophisticated atmosphere that features live music and an upscale international menu.

Check In to BEAT. Capsules @ Boat Quay, Step Out to Zouk 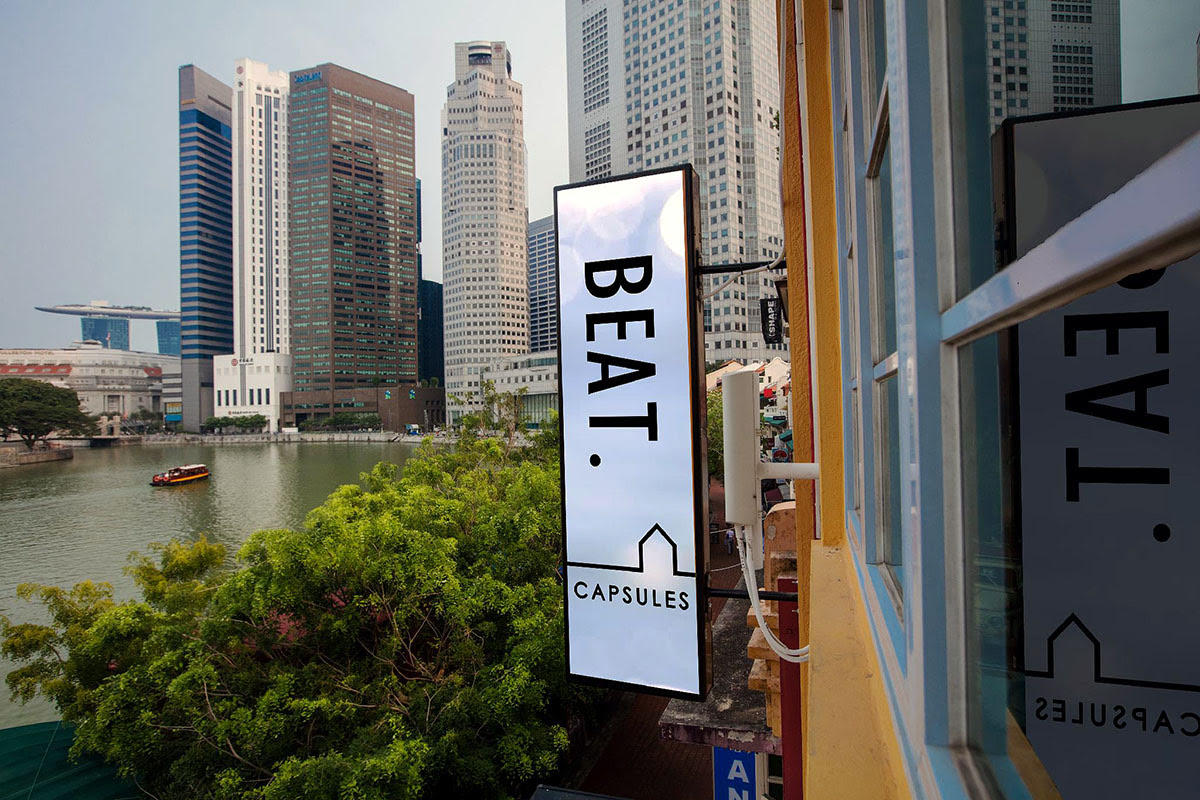 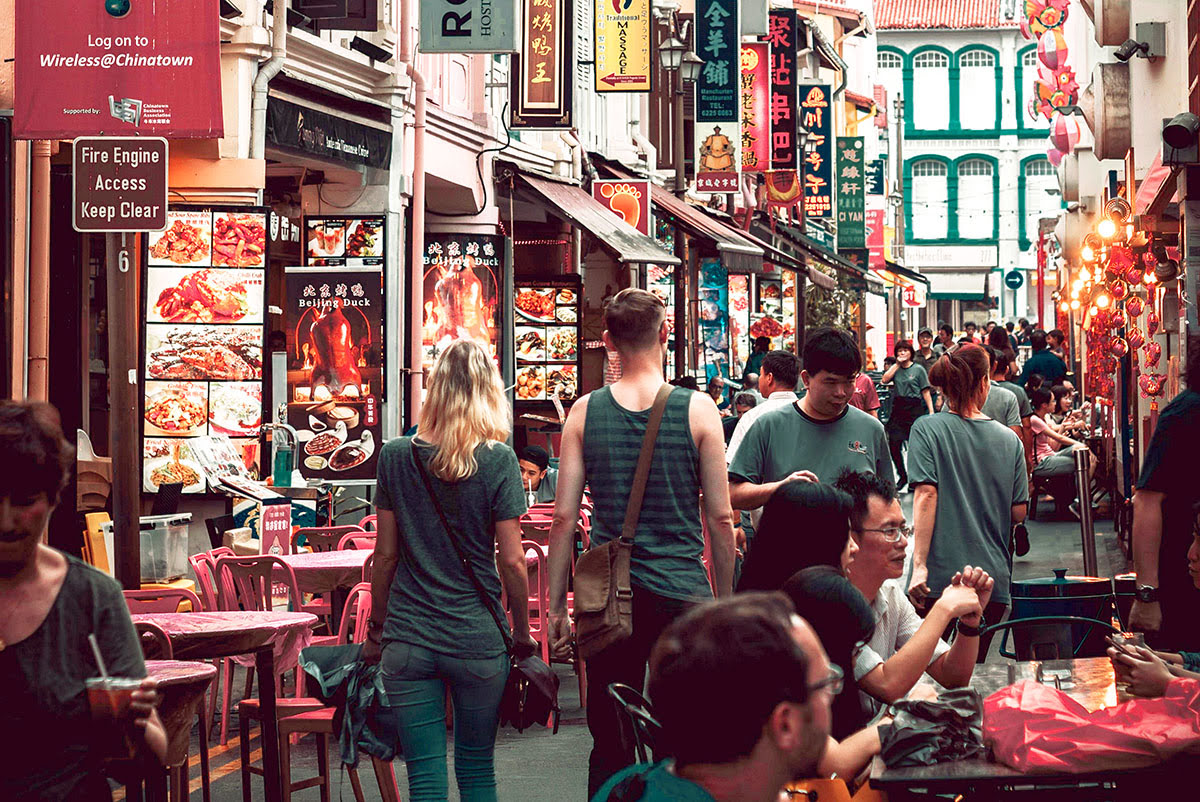 If your holiday in Singapore revolves around traditional food and culture, then choose a cheap hotel in Chinatown and head straight to Smith Street. Along this block of souvenir shops and street hawkers, you’ll find Liao Fan Hong Kong Soya Sauce Chicken Rice Noodle, one of the first two street food vendors in the world to earn a Michelin Star. On top of some lip-smacking Chinese street food, Chinatown also is home to some of Singapore’s most historical landmarks and attractions.

Check In to Beds and Dreams Inn @ Chinatown, Step Out to Buddha Tooth Relic Temple 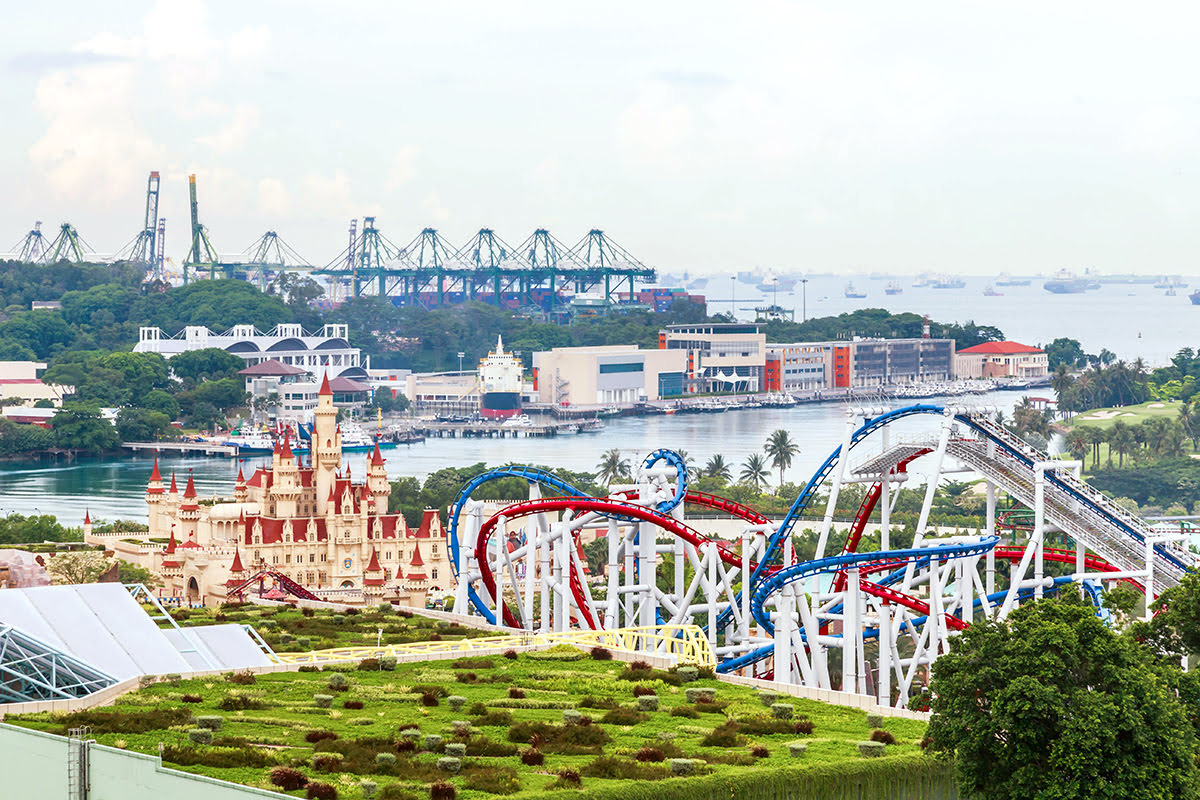 5. Spend a family holiday in a 5-star resort near Universal Studios Singapore on SENTOSA ISLAND

Sentosa Island is home to Resorts World Sentosa, which houses mega theme parks like Universal Studios Singapore, S.E.A. Aquarium and Adventure Cove Waterpark. The entire complex can be seen from Tiger Sky Tower, which offers panoramic views of the island and the Singapore skyline from a rotating cabin. Families love to stay on Sentosa Island due to its selection of resorts and close proximity to the world-renowned greens at Sentosa Golf Club. 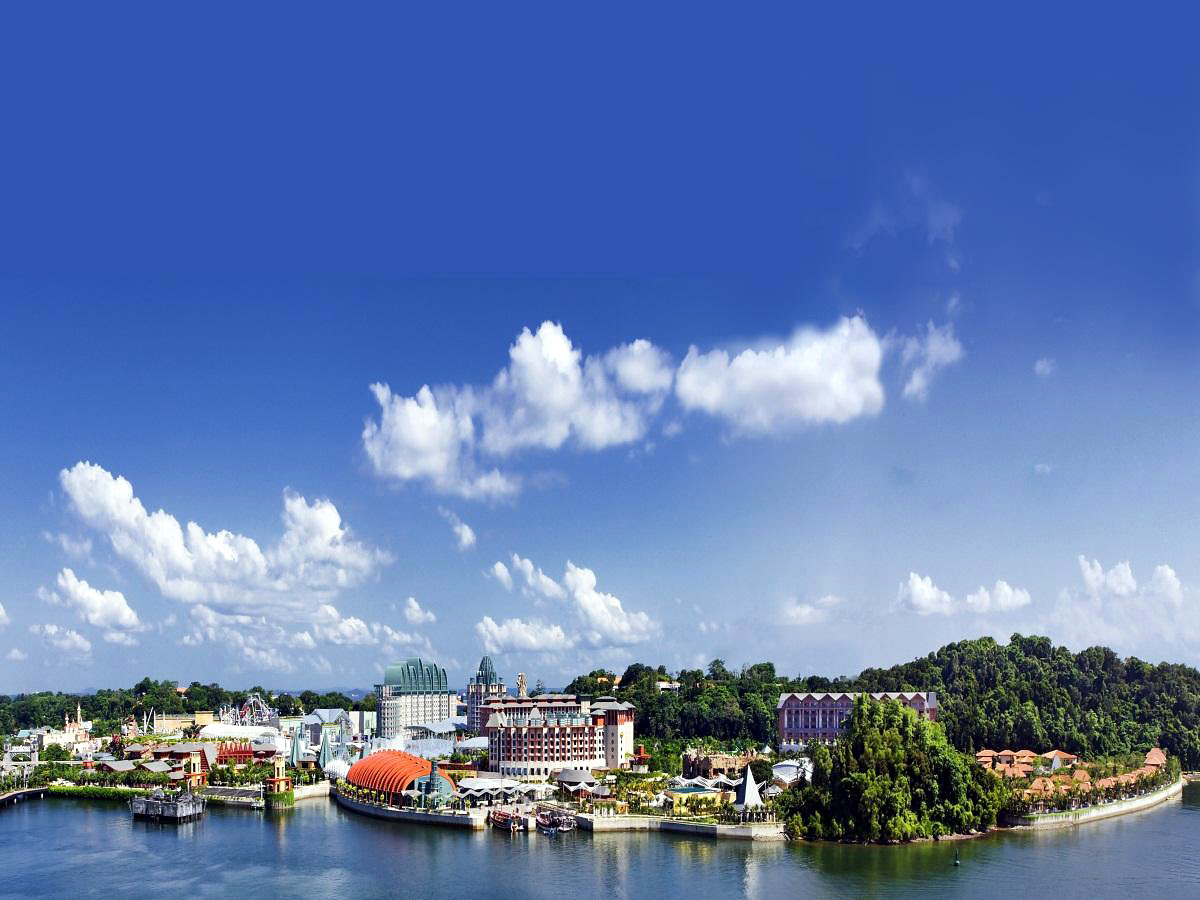 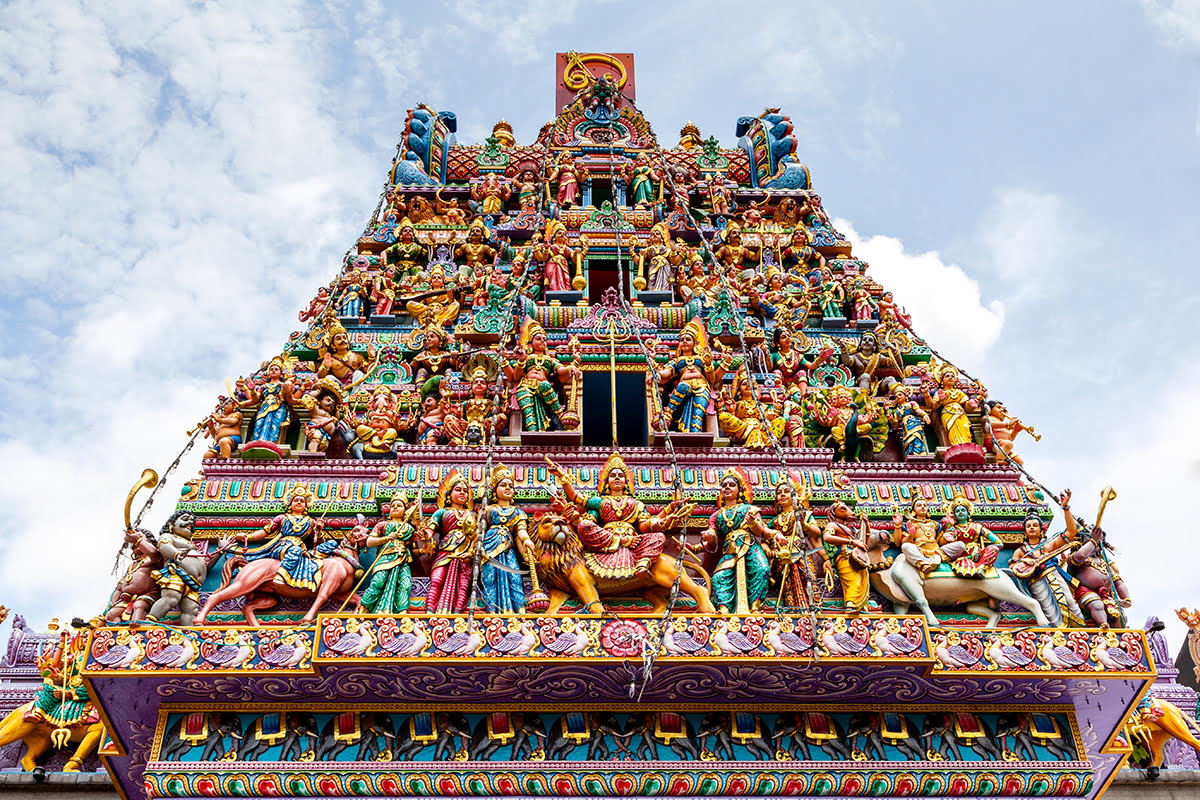 6. Take a big appetite and a fully-charged camera to the colorful quarters of LITTLE INDIA

For a rich taste of Indian heritage, food and culture, follow your nose to Little India and the Tekka Centre. This section of Singapore is a little off the beaten path, but cheap food, budget accommodations and free sightseeing tours run rampant here. Strap on your camera, and start clicking because Little India is one of the most colorful areas in Singapore, and it’s lined with historic landmarks like Sri Veeramakaliamman Temple, Indian Heritage Centre and the house of Tan Teng Niah.

Check In to Park 22 Hotel Little India, Step Out to Sri Veeramakaliamman Temple 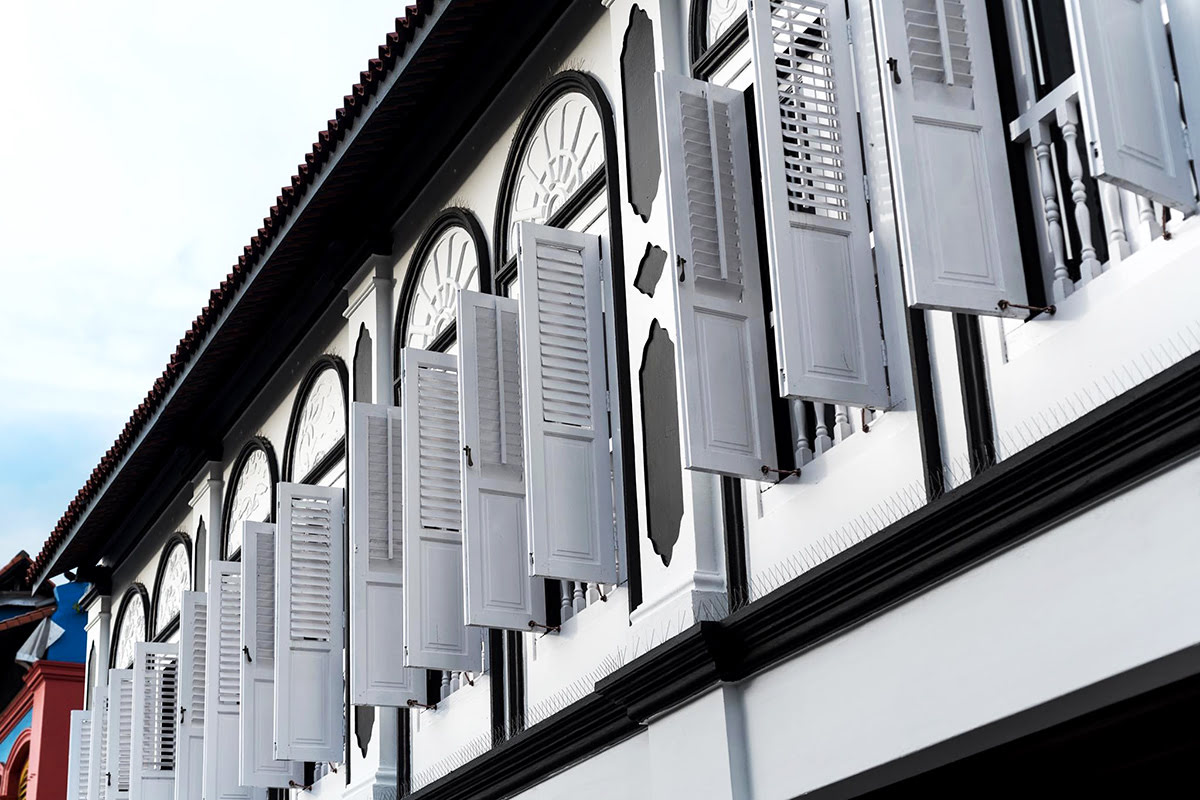 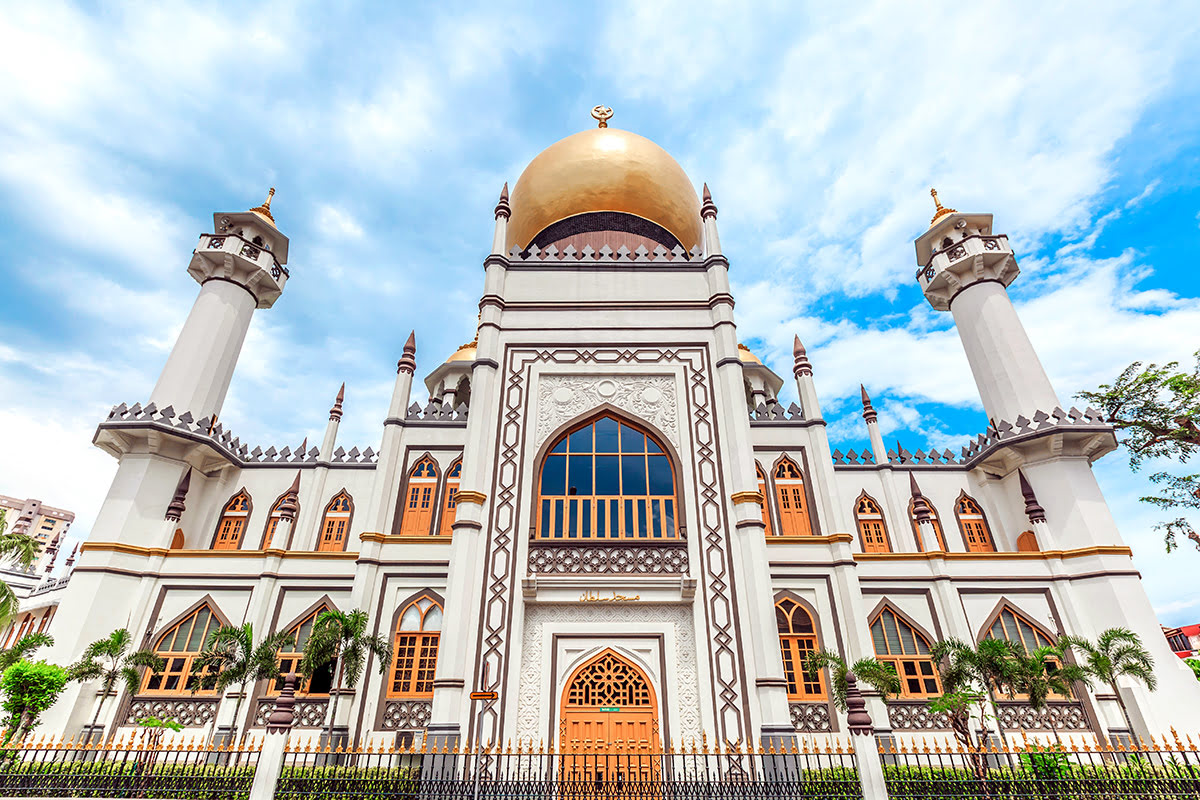 7. Stuff your face with halal food while shopping for silk clothing in KAMPONG GLAM and BUGIS

Adored for its textile shops and savory halal food, Kampong Glam shines when it comes to embracing local Arabic and Muslim culture. The area is loaded with colorful silk shops, trendy boutiques and Middle Eastern cuisine, and it’s also one of the best places in Singapore to find vintage clothing and flea markets. The area drifts into Bugis, which is best known for its fashion malls and international restaurants. Backpackers and sightseers love both areas because they are packed with budget hostels, kitschy bars, shopping centers and historic landmarks.

Sultan Mosque: built by a former sultan to match his high status, this religious icon is considered to be one of the most important mosques in Singapore.

Bugis Junction: take a break from sightseeing to shop in this retail mall known for its international chains, restaurants and fitness center.

Check In to Fragrance Hotel – Selegie, Step Out to Bugis 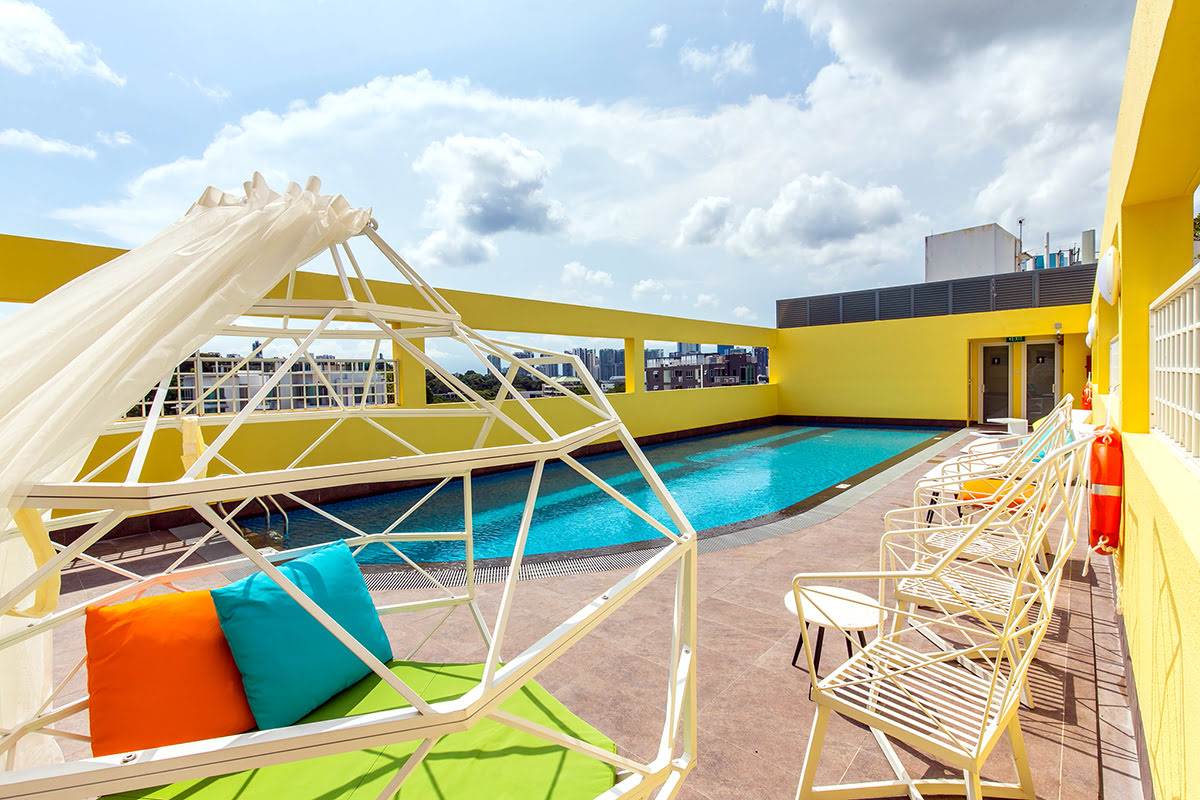